Assalamualaikum.. by the grace of almighty Allah the jamaat currently is in Atlanta georgia, we first landed in los angeles california and then spent time in san diego california. The jamat spent 10 days in san diego while waiting for amir saab. While in california 3 brothers from san francisco joined the jamat. We arrived in Atlanta, georgia on march 18, 2013.

Alhamdulilah the Atlanta halaqa consists of 3 state - georgia, alabama, and some parts of south carolina state. In georgia, there are 55 masjids and 85 masjids in the whole halaqa. Masyaallah, there are about 500,000 muslims (the numbernis growing daily) in atlanta metro area alone (theran families aoneisan famlies) we made effort in 9 masjids before we depart to detroit by this weekend...inshallah. The biggest muslim population is in clarkston county (around 20,000)- mainly somalies, Ethopians and burmese. Subhanallah, many brothers come to the 5 times salah in the masjid even in the cold weather. Masyaallah, we have seen ladies wearing full hijab and niqab and the brothers wearing full sunnah with turbans on the streets, super markets and in colleges and univerisites. Through the barakat of this effort and the thirst for deen, good number of muslim families are sending their kids to memorize the quran and attend aleem classes in few dar ul uloom/madrasah. There are 3 or 4 masjids that have Full time dar ul uloom, and the biggest Dar ul uloom is at the georgia islamic institute in Lawrenceville.

Alhamdulillah most of the ustaz and muftis are from indo-pak with full sunnah and very compassionate for the effort. Elders in Nizammudin were very much concern on the level of penetration of this effort among the whites and afro american communities ( the elders decided that american Sathis to spent their time ONLY in America in the next 2 yrs.... 52 states in USA is just likes 52 countries).we managed to visit the Ar rahman islamic center - which used to be a church (which belongs to afro american community) and made jaulah and bayan. The biggest and newest masjid (thr mother of all other masjid) in atlanta is masjid al farooq, near georgia tech campus and downtown. We spent 3 days here visting mostly students, alhamdulilah throuh ikram and taam new students were invited (first day some of them came wearing short pants, but Alhamdulillah the second day they came wearing jubah). Out of the 9 masjids that we have made effort, 4 of them have started 5 ammal. Alhamdulilah we put special emphasis on local 5 amal and masjid aabad, as well as attending subguzari night, home taklim and masturat effort.

Alhamdullillah, one of our brother used to study in Georgia Tech 25 yrs ago... He has seen tremendous changes took place (before only 3 masjids, now 55 masjid... ). Some brothers used to indulge in haram businesses but now completly chsnged their lives and are now involved in this effort..... Subhanallah. The local brothers have shown tremendous interest and mohabat to recieve more foreign jammats in the next two years. The last malaysian jammat was professor hussain jammat and one from south africa and one from united kingdom.

Alhamdulilah through the hijra and nusra 7j of 40, 1j of 4 month and 1 masturat jamat of 10d are ready before and during summer break (by end of may). Allah has bestowed the jamat with a 16 yrs old boy embraced islam (he took syahadah with jamaah) and spent 10 days with us. Every body took turns teaching and motivating the boy... And Alhamdullillah now he can read Al fatihah, take proper wudu, perform solah.etc.. He has made strong intention to spend 40d during summer break. on the overall, more foreign jamaats are desperately needed in USA. early Tashkeel and preparation for visa is highly recommended to avoid long waiting period in KL markas. We now have many local US brothers willing to be the contact persons for visa application. They really need mens and masturat foreign jamat and willing to give nusrah..please make doa for Allah acceptance and our safe journey to Detroit Michigan next week...INSYAALLAH.. SALAM to all brothers. 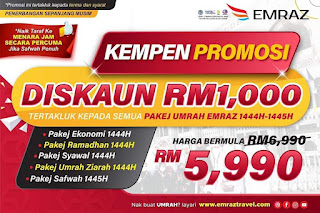