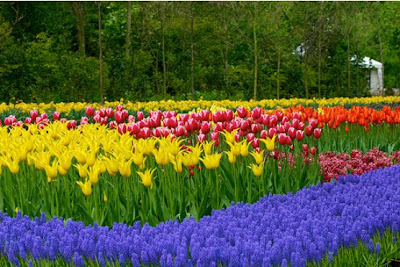 Muhammad bin Is'haaq says that despite the harsh treatment that Rasulullaah saw his people mete out to him, he exerted all his efforts to guide them and to save them from the evils they were involved in. When Allaah protected Rasulullaah from them, the Quraysh started warning the Arabs about Rasulullaah when they came to meet him.

Hadhrat Tufayl bin Amr was a highly respected and intelligent poet. He narrates that when he arrived in Makkah ,during the time when Rasulullaah was still living there, some men from the Quraysh came to him and asked, "0 Tufayl! You have come to our city. This person amongst us has caused us great difficulty and has disunited us. His speech is bewitching and he has caused division between fathers and sons, between brothers and between husband and wife. We fear that you and your tribe should not suffer as we have. Do not speak to him and do not even listen to him."

Hadhrat Tufayl says, "By Allaah! They did not let go of me until I resolved not to hear anything Rasulullaah said and not to speak to him. I even went to the extent of stuffing pieces of wool in my ears when I proceeded to the Masjid the following morning, fearing that any of his words may reach me without me intentionally listening to him."

Hadhiat Tufayl bin Amr says, "when I went to the Masjid in the morning, Rasulullaah was standing there, performing salaah near the Kabah. I stood close to him and Allaah destined that I should hear some of his words. What I heard were excellent words and I said to myself, 'Shame on you! I am supposed to be an intelligent poet who can distinguish between good and bad. What prevents me from listening to what this man has to say? If what he says is good, I shall accept and if it is not, I shall ignore it.'"

Hadhrat Tufayl then waited until Rasulullaah left for home. He then followed Rasulullaah and met him when he entered his house. He then told Rasulullaah what the Quraysh had told him and added, "By Allaah! They were so convincing that I even plugged my ears with wool so that I do not hear your words. Thereafter, Allaah destined that I should listen to you. What I heard were excellent words indeed. Present to me your case."

Rasulullaah then presented Islaam to him and recited the Qur'aan to him. Hadhrat Tufayl remarked, "I swear by Allaah that I have never heard words more beautiful (than the Qur'aan) nor any matter as balanced (as Islaam)."

After accepting Islaam and reciting the Shahaadah, Hadhrat Tufayl said, "0 Rasulullaah! My people obey me so I shall return to them and invite them to Islaam. Pray to Allaah to grant me a sign which will assist me in inviting them."

Rasulullaah made du'aa saying, "0 Allaah! Grant him a sign."

Hadhrat Tufayl says that he then went to his people and was at a valley from which he could see the people present there when a light radiated from between his eyes like a lantern. He then prayed, "0 Allaah! Not on my face because my people will think that this is a form of punishment affecting my face because I had left my religion."

He narrates further, "The light then moved to the top of my whip. The people present then showed each other the light on my whip which resembled a suspended lantern as I descended the valley towards them. When I reached them it was still morning."

Hadhrat Tufayl nararrates that when he came to his people, his father who was an extremely old man came to him. Hadhrat Tufayl said, "Keep away from me, 0 father because you are not mine and I am not yours."

Hadhrat Tufayl replied, "because I have accepted Islaam and am a follower of Muhammad."

Hi s father said, "Your religion is mine."

His father then took a bath, cleaned his clothes and came back to Hadhrat Tufayl who presented Islaam to him. He accepted Islaam.

When his wife came to him, Hadhrat Tufayl said to her, "Keep away from me for I am not yours and you are not mine."

"Why is it? May my parents be sacrificed for you!"

Hadhrat Tufayl replied, "Islaam has separated me from you."

She also accepted Islaam. Hadhrat Tufayl further says that when he invited the rest of the Dows tribe to Islaam, they displayed reluctance.

Hadhrat Tufayl then went to Rasulullaah in Makkah and said, "0 Nabi of Allaah! The Dows tribe has overpowered me. Please invoke Allaah's curses on them."

Rasulullaah then said to him, "Return to your people, give them Da'wah and be gentle with them."

Hadhrat Tufayl then returned to his people and continued giving them Da'wah all the time until Rasulullaah migrated (to Madinah) and the battles of Badr, Uhud and Khandaq were over.

Thereafter, Hadhrat Tufayl went to Rasulullaah together with all those from his people who had accepted Islaam. At the time Rasulullaah was in Khaybar. Hadhrat Tufayl eventually reached Madinah with seventy or eighty families from the Dows tribe. (I)

Hadhrat Abdullaah bin Abbaas - has also narrated from Hadhrat Tufayl bin Amr the story of how he accepted Islaam, how he gave Da'wah to his father, his wife and his and his arrival in Makkah, just as it was mentioned in the previous narration. However, the narration of Hadhrat Abdullaah bin Abbaas, adds that Rasulullaah sent Hadhrat Tufayl to burn an idol called Dhul Kaffayn. In addition, it also mentions that Hadhrat Tufayl thereafter left for Yamaamah where he saw a dream and was then martyred in the Battle of Yamaamah. (2)

Another narration states that when Hadhrat Tufayl arrived in Makkah, some people from the Quraysh told him about Rasulullaah and requested him to assess Rasulullaah. He therefore went to Rasulullaah and recited some of his poetry to Rasulullaah. Rasulullaah then recited Surah Ikhlaas and the Mu'awwadhatayn (Surahs Falaq and Naas) to him. He accepted Islaam on the spot and then returned to his people. The narration then goes on to speak about his whip and its light. The narrator mentions further that Hadhrat Tufayl - then invited his parents to Islaam. His father accepted Islaam but his mother did not. When he invited his tribesmen, it was only Hadhrat Abu Hurayrah, who accepted.

Thereafter, Hadhrat Tufayl went to Rasulullaah and said, 'Would youlike a fortified stronghold with strong defences?" he was referring to the territory of the Dows tribe (which he wanted Rasulullaah to take hold of after cursing the Dows tribe).

However, when Rasulullaah made du'aa for the Dows tribe instead, Hadhrat Tufayl said, "This is not what I wanted."

Rasulullaah said, "There are many of them who are just like you."

Amongst the Dows tribe was a person called Jundub bin Amr bin Humama bin Auf who used to say during the Period of Ignorance, "I know that the Creation has a Creator but I do not know who it is."

When he heard of Rasulullaah, he went to Rasulullaah along with seventy five men of his tribe and they all accepted Islaam. Hadhrat Abu Hurayra narrates that Jundub placed each man individually before Rasulullaah.