Hadeeth About Women Uncovering Their Faces 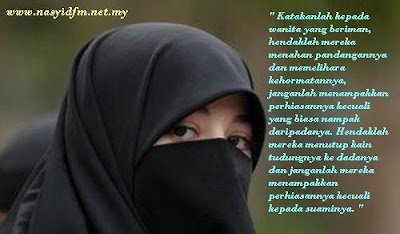 How sound is that hadeeth in which the Prophet (peace and blessings of Allaah be upon him) is reported to have said, “When a woman reaches the ages of adolescence, nothing should be seen of her except her face and hands”? How should the Muslim woman dress, based on this? What if extreme hijab will cause problems for a woman in the society in which she lives?.

Praise be to Allaah.

Abu Dawood said: This is mursal; Khaalid ibn Durayk did not meet ‘Aa’ishah (may Allaah be pleased with her).

This hadeeth is da’eef (weak) and is not fit to be used as evidence. The reasons why it is da’eef are as follows:

1 – Its isnaad is interrupted, as was stated by Imam Abu Dawood (may Allaah have mercy on him) when he said, “This is mursal; Khaalid ibn Durayk did not meet ‘Aa’ishah.”

2 – Its isnaad includes Sa’eed ibn Basheer al-Azdi (or it was said al-Basri) Abu ‘Abd al-Rahmaan. Some scholars of hadeeth regarded him as thiqah (trustworthy), but Ahmad, Ibn Ma’een, Ibn al-Madeeni, al-Nasaa’i, al-Haakim and Abu Dawood regarded him as da’eef. (weak).

Muhammad ibn ‘Abd-Allaah ibn Numayr said of him: His hadeeth is to be rejected and he does not amount to anything, and he is not strong in hadeeth. He narrated munkar reports from Qataadah.

Ibn Hibbaan said of him: He has a bad memory and makes grievous mistakes.

Al-Haafiz ibn Hajar said of him: (he is) da’eef.

These are the faults in the hadeeth because of which the hadeeth was judged to be da’eef (weak). See Fataawa al-Lajnah al-Daa’imah, Majallat al-Buhooth, 21/68.

Even if we assume that the hadeeth is saheeh or is strengthened by corroborating reports, the scholars have also noted that this incident occurred before hijab was enjoined. Ibn Qudaamah said: “With regard to the hadeeth of Asma’, it is to be understood as having occurred before the verse of hijab was revealed.”

Shaykh Muhammad ibn ‘Uthaymeen (may Allaah have mercy on him) said: “Even if we assume it is saheeh, it is to be interpreted as referring to the time before hijab was revealed.” See ‘Awdat al-Hijaab, 3/336.

If we study the text of the hadeeth , we will find that it is extremely unlikely, because Asma’ (may Allaah be pleased with her) was very pious and modest, so she would not have worn these thin clothes and appeared in them in front of the Messenger (peace and blessings of Allaah be upon him).

The correct view on this matter is that it is obligatory for women to cover their entire bodies in front of non-mahram men. See question no. 21134.

If hijab is going to lead to problems for a woman in the society in which she lives, then she must be patient and seek reward for the problems she encounters for the sake of adhering to her religion and obeying her Lord. We have a good example in our righteous forebears, may Allaah be pleased with them, because they were persecuted severely for the sake of Allaah, but that did not turn them away from their religion, rather the persecution and torment only increased their adherence to their religion. Perhaps the days we are living through are the days of patience of which the Prophet (peace and blessings of Allaah be upon him) told us when he said: “There will come a time of patience when the one who adheres steadfastly to his religion will be like one who holds a burning coal.” Narrated by al-Tirmidhi, 2260; classed as saheeh by al-Albaani in al-Silsilah al-Saheehah, 957.

Al-Qaari said: The apparent meaning of this hadeeth is that just as it is impossible to hold on to a burning coal except with intense patience and great difficulty, at that time no one will be able to adhere to his religion and the light of faith except with great patience.

The one who is patient in adhering to the rulings of the Qur’aan and Sunnah is likened, in the difficulties that he encounters from the followers of innovation and misguidance, to one who takes hold of fire; it may be even more difficult than that. This is one of the miracles of the Prophet (peace and blessings of Allaah be upon him): he spoke of the unseen and it came to pass.

We ask Allaah to make us steadfast in adhering to His religion until we meet Him.