The Statement that the Emperor of China made about the Sahabah r.hum 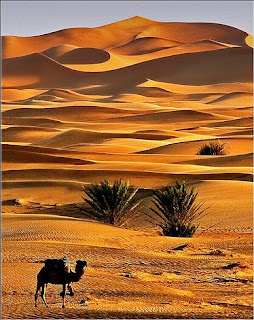 (The Emperor of Persia) Yazdgird once wrote to the Emperor of China to seek reinforcements. Addressing the Persian envoy, the Chinese Emperor said, "I know well that it is the duty of any Emperor to assist another against those who are overpowering him. However, I want you to describe to me these people who are driving you out of your lands because I gather from what you said that they are fewer in number than you. From what you have described to me, people as few as them cannot overpower an adversary as many as you unless there is tremendous good in them and rot within you."

"You may ask me whatever you please about them," the envoy said.

The Emperor then asked, "Do they fulfil their promises?"

The next question was, "What do they tell you before they engage you in combat?"

"They invite us to accept one of three options. We either accept their religion, in which case they treat us as they treat each other. Otherwise, we may accept to pay the Jizya and thus receive their protection. The final option is to face them in battle."

The Emperor then asked, "How obedient are they towards their leaders."

"They are the most obedient of all people towards their leaders," came the reply.

When the envoy gave him a detailed reply, the Emperor asked, "And do they forbid what has been made lawful for them or make lawful what has been forbidden for them?"

"This they do not do," the envoy replied.

The Emperor then said, "Such a nation will never be destroyed as long as they regard what is lawful as lawful and what is unlawful as unlawful."

The next question the Emperor asked was about the clothing the Sahabah r.hum wore. When the envoy described it to him, he then asked about the modes of transport the Sahabah r.hum used. The envoy described the Arab horses that the Sahabah used in detail, after which the Emperor remarked, "Those make excellent fortresses." The envoy then went on to describe the camels that they used and even explained how they sit and then get up with their loads. The Emperor (who had probably never seen a camel before) notes, "That is common with all animals that have long necks."

The Chinese Emperor then wrote back to Yazdgird saying, "It is not ignorance of my duty that prevents me from sending to your aid an army so large that while the first of it is in Marw (the Persian city of), the last is still here in China. However, the description of these people whom your envoy has described to me tells me that if they had to come up against a mountain, they would certainly shatter it. If they are left to advance and retain their qualities, they will soon remove me from my kingship. Enter into a treaty with them and be content to abide by the clauses of the treaty. You should however never attack them as long as they do not attack you."